For What It's Worth: Who is DC's Mystery Woman? We are in the second full week of the new DC Universe, and the number one question may be "who is this woman that's appearing in all of the books?" And yes, she appeared in all thirteen issues that were released last week. Bleeding Cool has the evidence. Go check it out and come right back. I'll wait....

Back? Crazy, huh? Who is she? Well, there are several theories out there, so let's run them down...

The new Time Trapper - in the old universe, this was an enemy with the Legion of Super-Heroes. No, I don't think a villain from the 31st century could be here watching the beginnings of the "Superhero Age" on Earth. I think the Trapper would try to stop it from happening. 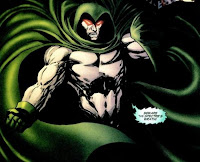 The new Spectre - The physical embodiment of God's vengeance on Earth? I can see fans being upset if this was the case, however I feel that this is not. Once again, she is observing, not getting involved... yet. 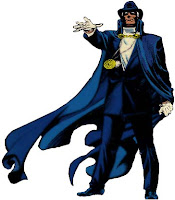 The new Phantom Stranger - The Entity who has served as a spiritual guide for several members of the DC universe. The mystery woman has a quality similar to Stranger. It's a possibility.

Someone else - Other theories include: The Monitor or his assistant Harbinger, Kismet, a female version of Pariah (the scientist in the original Crisis), Raven, even Barry Allen's mom! Do you have any theories yet? If so, please share. I'm interested in hearing them.