For What It's Worth: More Controversy on Suicide Squad?

I know I'm not the first to address this (Bleeding Cool for example), and probably won't be the last. I read the controversial Suicide Squad #1 last night. The controversy I refer to is not the costume change to Harley Quinn.  I know her fans don't like it. [Just a side note - I find it funny that the good percentage of her fans being interviewed on camera about this topic are wearing an inaccurate version of the original costume.] ANYWAY.

I enjoyed reading the book, but saw something that shocked me. A THIN AND SEXY Amanda Waller (almost Halle Berry like). WHAT!? What was wrong the previous version? Nothing.

Waller is a strong, powerful, overweight black  woman who takes no crap. She lead Task Force X (Suicide Squad) and later was Secretary of Metahuman Affairs for President Lex Luthor. She knows where ALL the bodies are hidden - if you know what I mean. Hey, you can't push Batman around without having a pair of brass ones, you know? 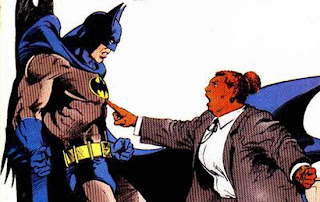 So why the change? I'm already hearing conspiracies, mentioning this along with Barbara Gordon being able to walk again. I don't think that's the case, but I am indeed curious. This was a character that did not need to be fixed. I'm sure we'll get some answers if there is enough outrage. I'm already missing the old Amanda.