For What It's Worth: OK, the Justice Society Will Be on Earth-2, Who Else Will Be There? 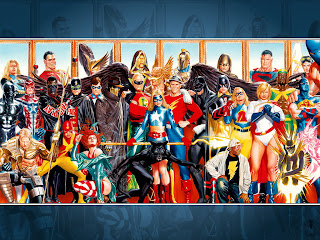 With the announcement of the return of a Justice Society book and that it will be based on Earth-2, I started thinking "will they be the only heroes there?" Of course, it's more than likely that the next generation heroes who were part of the team in certain times (the Super-Squad, Infinity, Inc., and the <ahem> All-Stars). Earth-2 of the past really only had heroes that were tied to the JSA, which is weird because not all heroes of Earth-1 had ties to the Justice League. So, here are some of my choices to be on the "new" Earth...

The Shazam/Captain Marvel Family
The family were allies of the All-Star Squadron (Pre-Crisis), and were on there own Earth prior to Crisis. I think they would work just as well on Earth-2 as Earth-1.

The remaining Teen Titans
This may not make some fans happy, but at least they are back...

Donna Troy - one of the most messed up characters in the history of comics gets a new chance on Earth-2. I'm assuming that there won't be Earth-2 versions of Batman, Superman and Wonder Woman, so she'll have no ties - but hey, at least she's back from oblivion.

Tempest - The only reason I think he was killed was so they can "diversify" the universe. UGH. Tempest is back and can be this Earth's version of Aquaman. Garth has cooler powers anyway.

Wally West - It's a crime that they aren't doing anything with him. He carried the Flash mantle for 26 years. It's a safe bet that more people think of Wally than Barry when you mention the Flash. OK, he's here. Possibly wearing the costume that Bret Booth recently revealed. 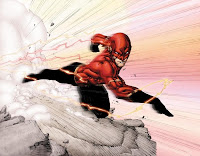 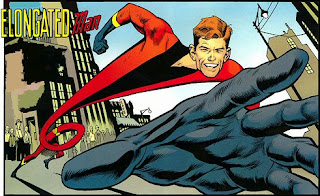 The Elongated Man
OK, I'm being selfish here. I know I already begged for DC to bring him back. Here's your opportunity. He's too good of a character not to be brought back.

That's just a few. I may do another one of these if I can think of a few. Do you have any suggestions? Let us know!