For What It’s Worth: Possible Villains for the Fantastic Four Movie Reboot…Other Than Doctor Doom.

With the announcement this past week of the Daredevil reboot on the way and the filming of the Spider-Man reboot ongoing, I decided to turn my attention toward the other reboot in Marvel’s closet, The Fantastic Four.
The obvious choice is to have the group go up against their arch nemesis, Doctor Doom. I however would like them to follow the lead of Batman Begins and The Amazing Spider-Man and use a different foe…but who?
Here are my most likely candidates for the first movie…. 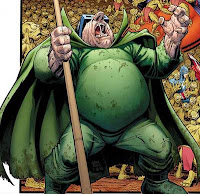 Mole Man
How appropriate, the first villain the FF faced in comics could be in the first movie. A nuclear engineer and explorer who basically disappeared because he was ridiculed for his short stature and appearance. He uncovered a n underground world called Subterranea and became it’s ruler. The name Mole Man came from his permanent eye damage from being underground and gazing directly at a reflective deposit of diamonds. He has no true powers outside of his heightened senses to compensate for his poor eyesight. Plus his scientific knowledge and his legion of followers and monsters that live underneath the surface.

Mad Thinker and his Awesome Android
Another scientific genius as well as a master tactician, he can project his mind into the body of the Awesome Android and other robots of his design. The Android itself has super strength and durability, plus an ability to mimic someone else’s ability after touching an opponent, but only one ability at a time. 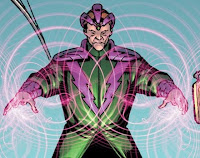 Molecule Man
Owen Reece can manipulate anything on a molecular level, however he has no confidence. Reece accidentally activated an experimental particle generator, which bombarded him with an unknown form of radiation. The radiation had a mutagenic effect on Reece, releasing his potential for psionic powers on a cosmic scale. This could be cool….

The Frightful Four
This might be tricky – trying to introduce eight characters in a single movie, unless they go the Incredible Hulk route and show the Fantastic Four’s origin in the opening credits and then the movie would be early in their super heroic career.
The lineup I would use is Wizard, Thundra, Klaw, and the Trapster. You can’t use Sandman because Sony has his rights with the Spider-Man character. You can’t use Medusa because she’s tied up (no pun intended) with the Inhumans which sounds like they may have their own movie if you believe recent rumblings. Hydroman? Maybe, but he’s another Spider-Man villain, so there may be a rights issue.
There are other villains that could be used, but there could be some issues with them... 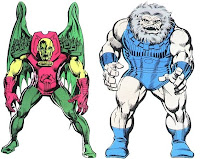 Great villains but they are in the Negative Zone, do you want to explain that as well as them, plus the origin of the FF?

Psycho-Man
A villain that wears cool armor and has a control box that manipulates emotions? Cool, but do you want to explain the Microverse, which is where he comes from? I didn’t think so.

The villain who will become Kang (an Avenger villain) so who has his rights? Marvel Studios has the Avengers, but 20th Century Fox has the Fantastic Four. Hmmm… 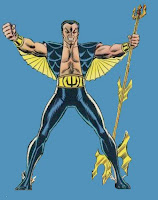 Namor
Another good villain, but he has the same question as with Rama-Tut/Kang, who has his rights?

Super-Skrull
Well, if you believe the scuttlebutt, the Avengers will be dealing with Skrulls in their movie. But what about their champion? Can he be used in a FF movie? I don’t know.
As I said before, I would like them to follow the lead of Batman Begins and The Amazing Spider-Man and use a different foe…not go the easy and obvious way. We’ll see if they are listening to me. Bet you a Dr. Pepper the answer is no.