For What It’s Worth: Super Heroes That Should Have Movies part II 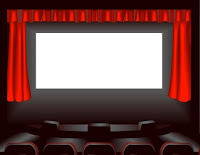 This is a follow-up to my previous list of Super Hero movies I wanna see. So, shall we continue? Again, in no particular order...

1. Huntress – This can be done without any reference to the Bat. In the pre-Crisis days, she was Helena Wayne, the Daughter of Bruce and Selina Wayne (Earth 2’s Batman and Catwoman). In the current continuity, she is Helena Bertinelli, born into a prominent Mafia family. After witnessing her entire family murdered at the age of 19, she crusades to put an end to the Mafia. Helena adopts a costume disguise and weaponry to seek revenge, confronting not only the men who ordered her family's death, but the assassin himself. Could this be the first movie that features a DC heroine that doesn’t suck? One would hope.

2. Moon Knight – Mercenary Marc Spector, working for terrorist Bushman, began to question his choices. When Marc betrayed him in response for the death of an archaeologist, Bushman beat him and was left in the desert to die. It was his belief that Khonshu (Egyptian spirit of vengeance and god of the Moon) had brought him back from the dead in order to be the moon's knight of vengeance.

3. The Creeper – I would prefer the more recent version of the origin written by Steve Niles (30 Days of Night). Jack Ryder is a controversial talk show host who was in the middle of an investigative report into the new form of stem cell research being conducted by Doctor Vincent Yatz. The sample that Yatz had included Joker Venom (that would have to be changed for the movie) was injected into Ryder to prevent it from falling into the wrong hands. Ryder was then killed, however the stem cells mutated Ryder’s body, creating the Creeper. Think of Dr. Jekyll and Mr. Hyde Dr. Jekyll would be more like Morton Downey Jr. (too old a reference?) and Mr. Hyde is more like a super-human Joker. Sounds like fun, huh?

4. Nova – Think of a combination of The Last Starfighter and Green Lantern. Richard Rider receives the powers, costume, and the responsibilities of a Nova Corps member (an intergalactic police force). Given his recent popularity, I would think this would be a good choice. Maybe after seeing what happens to Green Lantern (who is VERY similar), they might consider it. Annihilus, while a Fantastic Four villain, would make a good choice considering the recent galactic events Marvel has released.

5. Nightwing – We’ll probably never see a live action Robin again (unless it’s the Teen Titans movie), so this is the next best thing. They can make some references to Batman, but since Nightwing has (or had) his own stomping ground of Bludhaven and his own rouge’s galley, he can be totally separate from the Bat-universe. Do his origin and briefly touch on the Robin area in a flashback (maybe even do it in the opening credits ala Incredible Hulk) and we’re off to the races…..Deathstroke has to be the villain. The only other one would be Blockbuster, but would have to work it up somehow so he doesn’t come off as a Kingpin rip-off (which I guess he is since he made the deal with the devil – I mean Neron).